Is Love a Mere Chemical Reaction or is it Something Born Out of Feelings and Emotions? 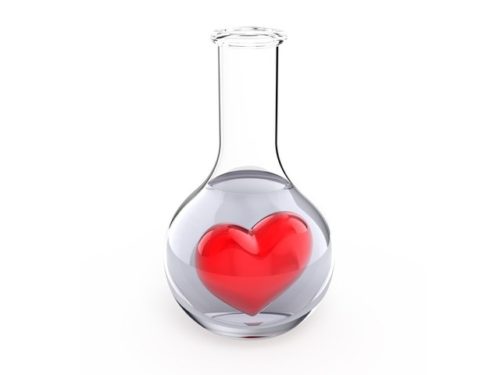 Love has long defined varied attempts at clearly defining it, but now we are more into determining its overall cause and not its general concept.  For the longest time, love is seen as one of the highest forms of emotion that a human can ever experience.  Nowadays, love is often considered to be the end product of complex chemical reactions.  These reactions often ensue when you, for example, stumble upon an attractive personal profile while you spend your time at one of the best online dating sites, or happen when you finally get to meet someone who you find to be special.

But what is love, really?

Is it an emotion, a mere result of complicated chemical interactions, or can it be both?  This article aims to discuss this issue in more detail.

First of all, we must recognize contemporary research that has been made on this issue.  In general, these studies indicate that love is the outcome of emotions that are triggered during favorable first engagements and during those times when we feel ourselves to have “fallen in love,” emotions that in turn are due mainly to the outpouring of chemical and molecular interactions that occur within our bodies.  In technical terms, when you feel that special “pull” towards someone, your brain produces the so-called “love drug” phenyl ethylamine, as well as norepinephren and dopamine.  These two latter chemicals then cause us to be aroused so much that we then proceed to kiss and caress our partner, acts which would then produce added chemical and molecular interactions that produce more substances, such as serotonin that makes us feel more at ease with each other.

In time, the more that you physically interact with this special person, the more that the chemical oxytocin is produced in your system.  This is the chemical that is credited for forming that emotional bond that exists between couples and relatives, a bond that is strengthened by repeat embraces and caresses.  Dating this special someone can also lead to increased production of vasopressin in our bodies, the chemical that is said to be responsible for emotions eventually giving way into memories; in turn, our recollection of these memories would then help ensure our close connection to those we consider as our loved ones.  Vasopressin is also recognized as the chemical that is most responsible for our monogamous nature.

Love is not the only agent that enables our bodies to produce these chemicals; in fact, there are some types of food and actions that can trigger their production as well.  Unfortunately, the existence of love chemicals has lent credence to the pursuit of polygamy by many individuals, people who say that they need to renew the effect of the love substances within them by conducting relationships with many partners at any given time (whether they are found within the best dating sites or in the real world).  Some even point out to the enduring effect that these chemicals have on them, such that they find it too hard to break off of difficult and untenable relationships.

> See the effect of love on your brain

However, after talking about how love can be caused by chemical interactions, let’s ask ourselves this question:  What causes many couples and partners to enter into substantial relationships that often blossom into lasting, lifetime affairs?  Most people do not need to love and be loved to experience the stimulating effect of love chemicals (especially phenyl ethylamine) in their bodies.  They often get them from other sources such as hobbies, outdoor activities, and by eating chocolate and food made out of it.  They hold on to their beloved spouse or mate and they promise to keep to their vows and promises through thick and thin.  By entering into a marriage or any similar arrangement, couples would try to conform to actions and habits that they have never done before but they consider as essential in their romantic relationship.  Most importantly, entering into a long-term relationship borne out of love will entail you to experience a host of emotions that you may have not encountered much before such as dismay, patience, grief, lust, happiness, and contentment.

Ascribing love only to a simple mixture of chemicals also does not account for why we persist to care and look after our children even after they have gone on to establish families of their own, or it does not effectively describe the mutual bond that binds married or devoted couples together, in life and even after death.

To sum it up, we can define love as a preliminary result of favorable chemical reactions that cause us to “feel” it within ourselves and within those we love and care about, but in time it develops into an emotional state that persists through time and circumstance.  It can be one or the other, or it can be both at the same time; the important thing is that we experience it and cherish it in all of its glory.